When I was growing up, I witnessed my grandmother gradually declining in memory, thinking, and reasoning skills due to Alzheimer’s disease. This disorder has no cure; it is irreversible and progressive and deeply interferes with cognitive abilities. My grandmother couldn’t recognize her relatives, children, or husband. Her sense of self and time drastically declined in more advanced stages of the condition. Nevertheless, there was one memory that would often emerge in her consciousness, and this memory was her encounter with Mount Fuji.

My grandmother, a Brazilian of Japanese descent, was 62 years old when she traveled to Japan for the first time, accompanied by her husband who, although he was a naturalized Brazilian citizen, was born in Japan. That was her first and only time abroad. After their return, my mother had the habit of asking my grandmother questions about the trip to stimulate her memory. Nothing she had seen or done registered in her consciousness, except Mount Fuji. When recalling that majestic icon, her face illuminated, she would say, “Fuji-san,” the way that Japanese speakers refer to the mountain.

Why would this be? Why would all of the temples, palaces, and artifacts be obliterated from her memory, while Mount Fuji endured somewhere, somehow, in her mind? Maybe it is Mount Fuji’s unrivaled magnificence, which exceeds even the most treasured architecture, had the power to create a lasting memory that, although faded and nebulous, invoked a feeling of awe that unmistakably persisted.

The Sublime does not persuade audiences but rather transports them out of themselves … For true greatness is something that enriches the thoughts, something that is hard, if not impossible to gainsay, something that leaves an enduring, indelible memory.—Longinus, 1st to 3rd century AD

In my textile collection for interiors, I use the skyscraper and its straight, repetitive lines as a reference to our intellect and rationality, highlighting at the same time how its reflective and translucent surfaces mirror the sky’s endless and active transformation. With emphasis on materiality, form, texture, and color, my collection speaks to the phenomena observable in both universes— rigid, urban, man-made, alongside natural, transient, and vast—as a reminder that we and our achievements are part of nature’s power and that we are, in some sense “one with the world.” 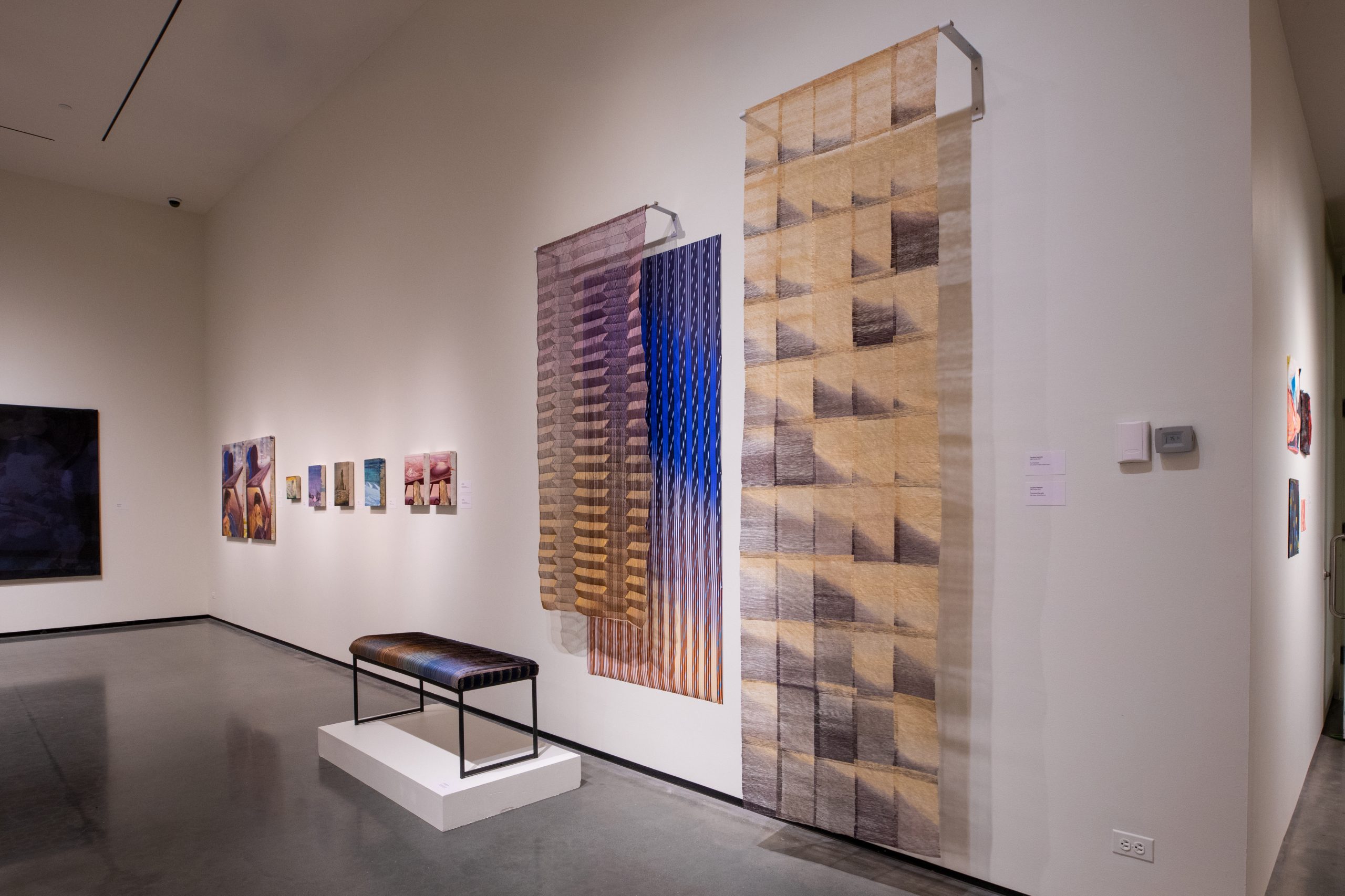 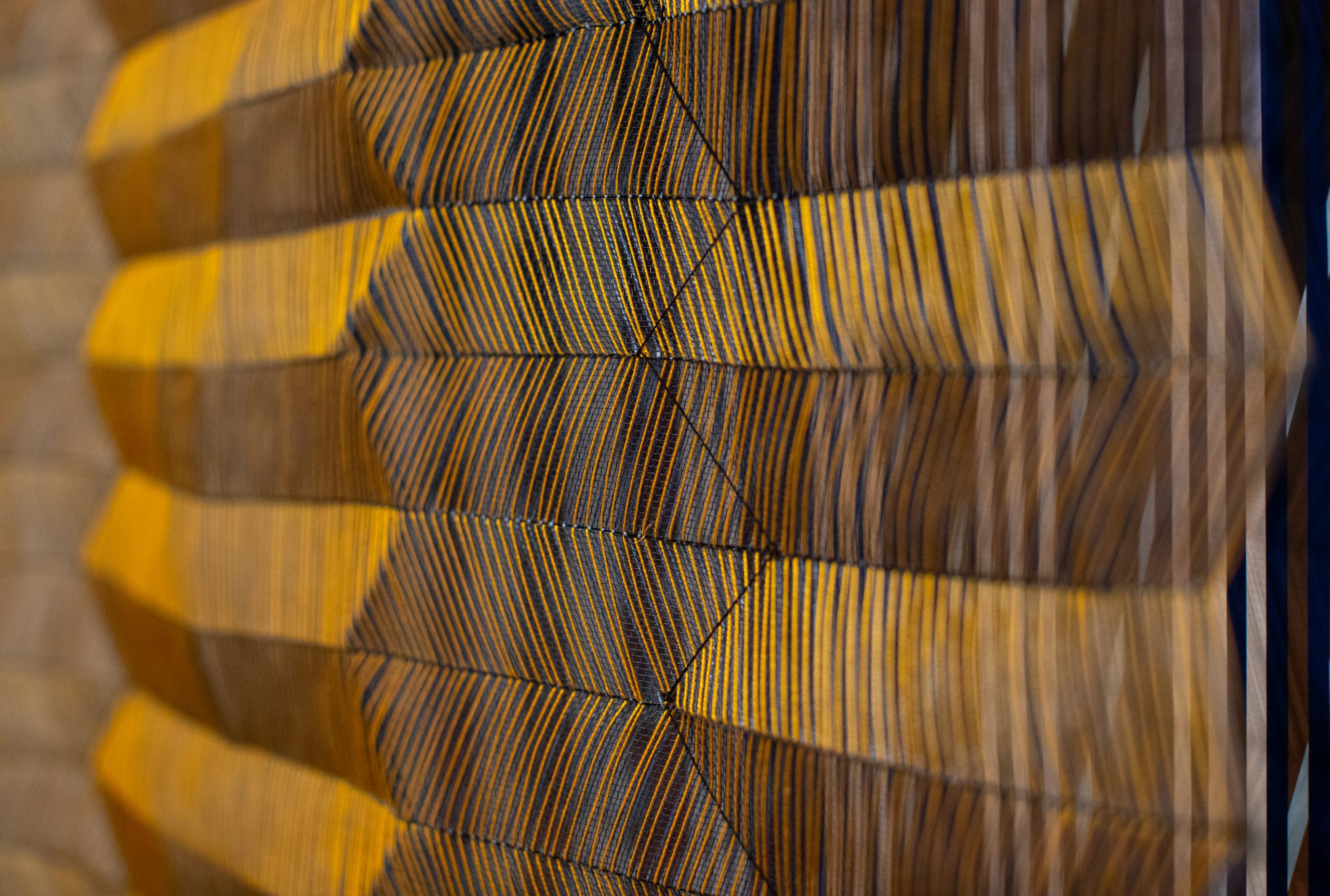 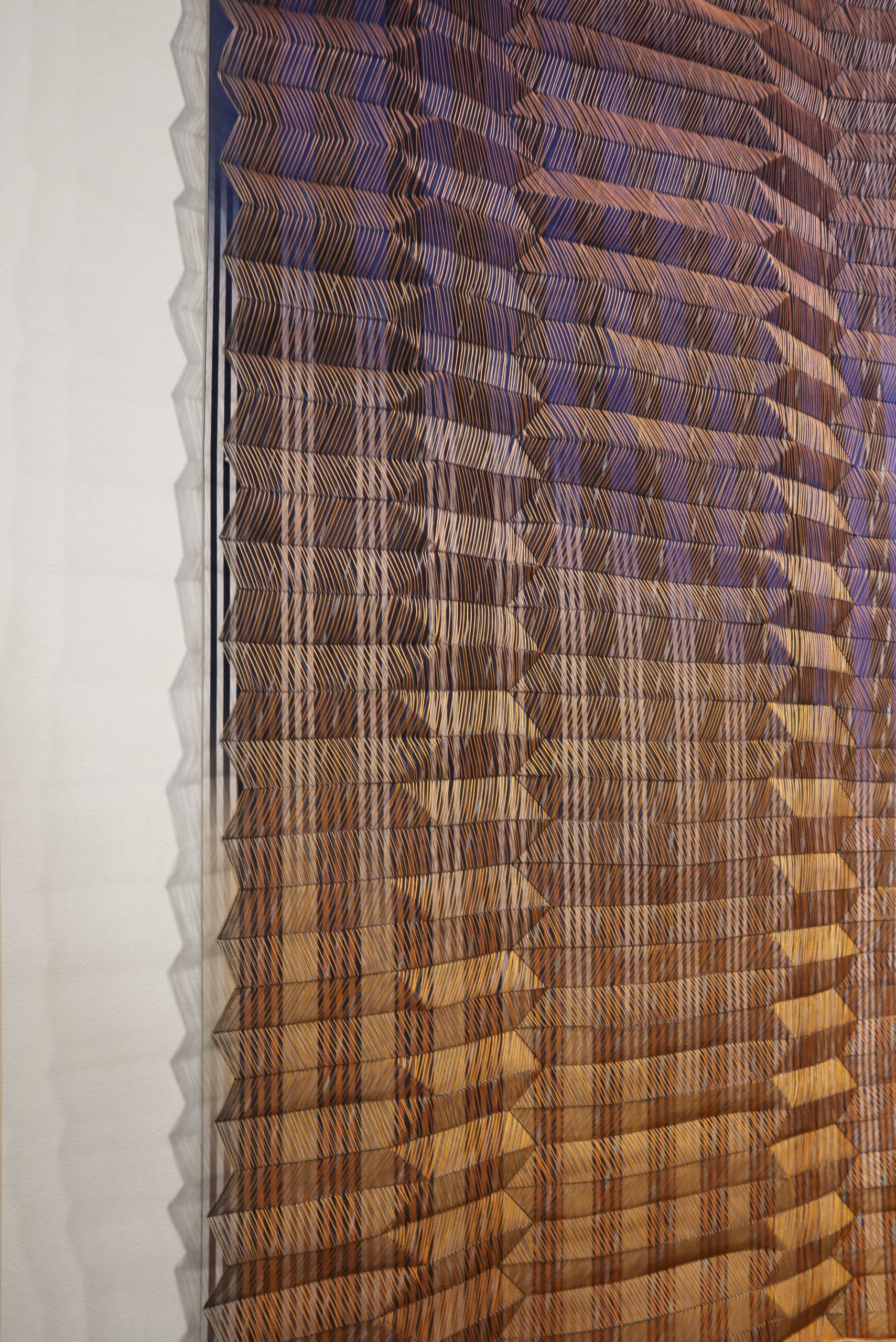 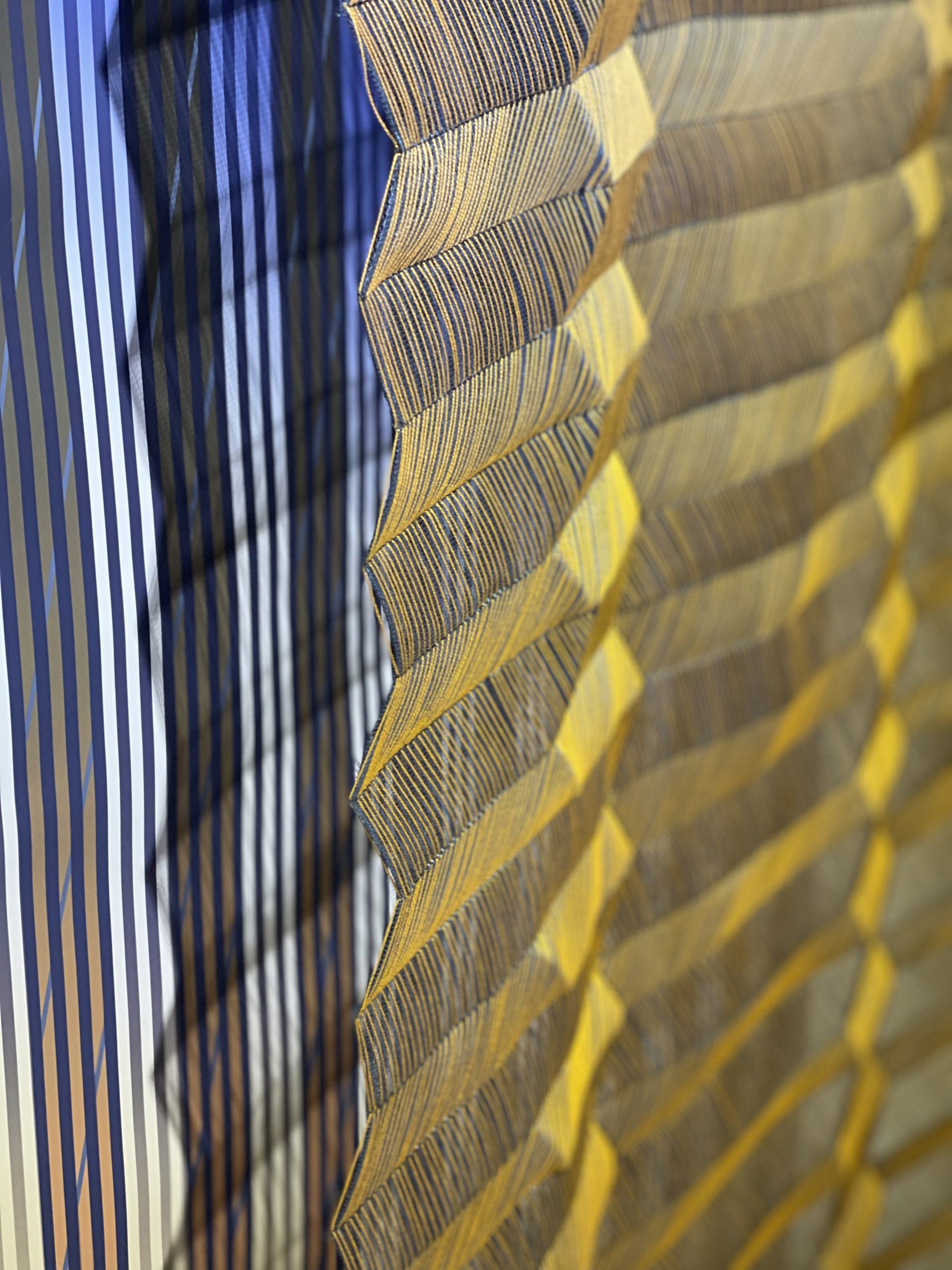 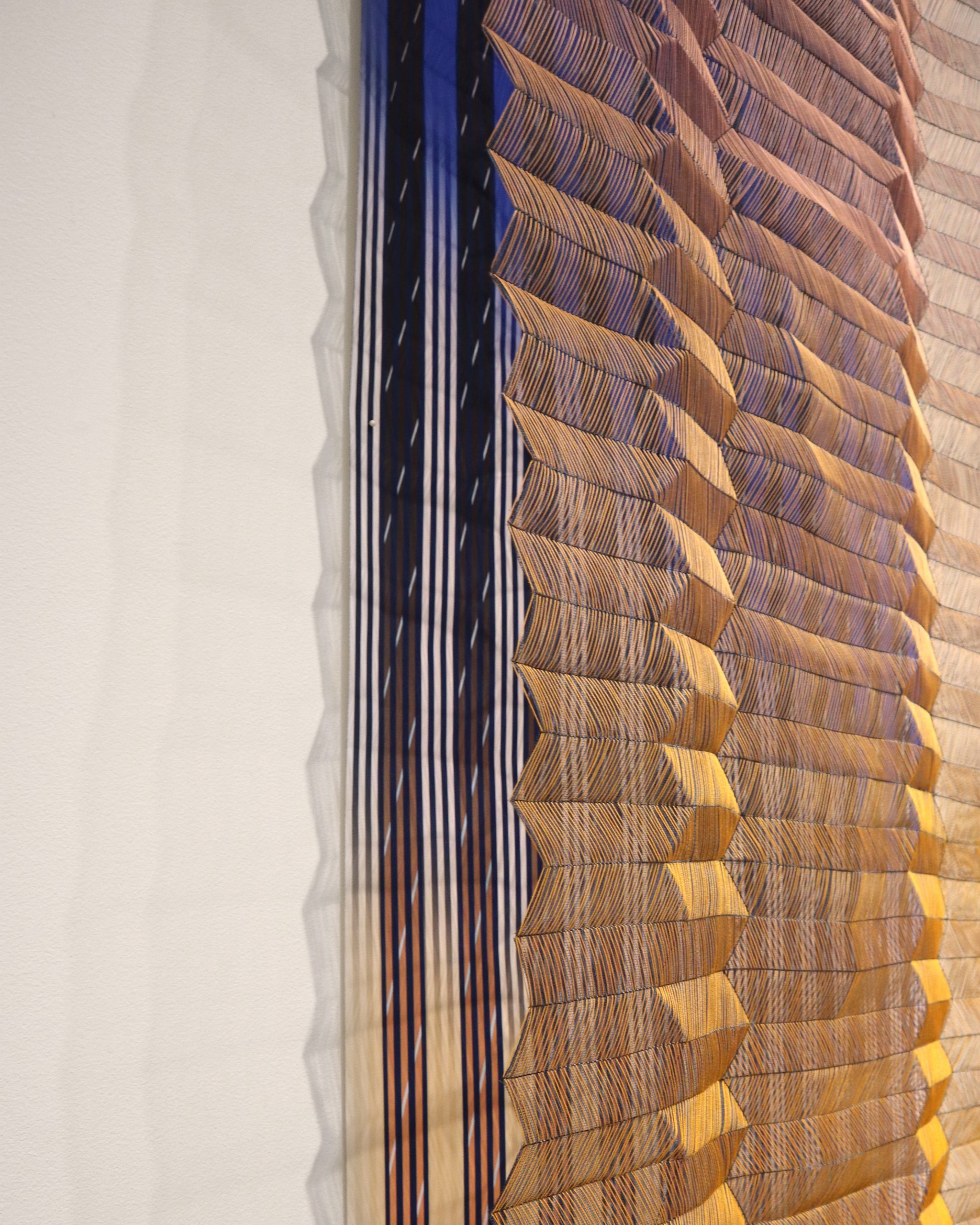